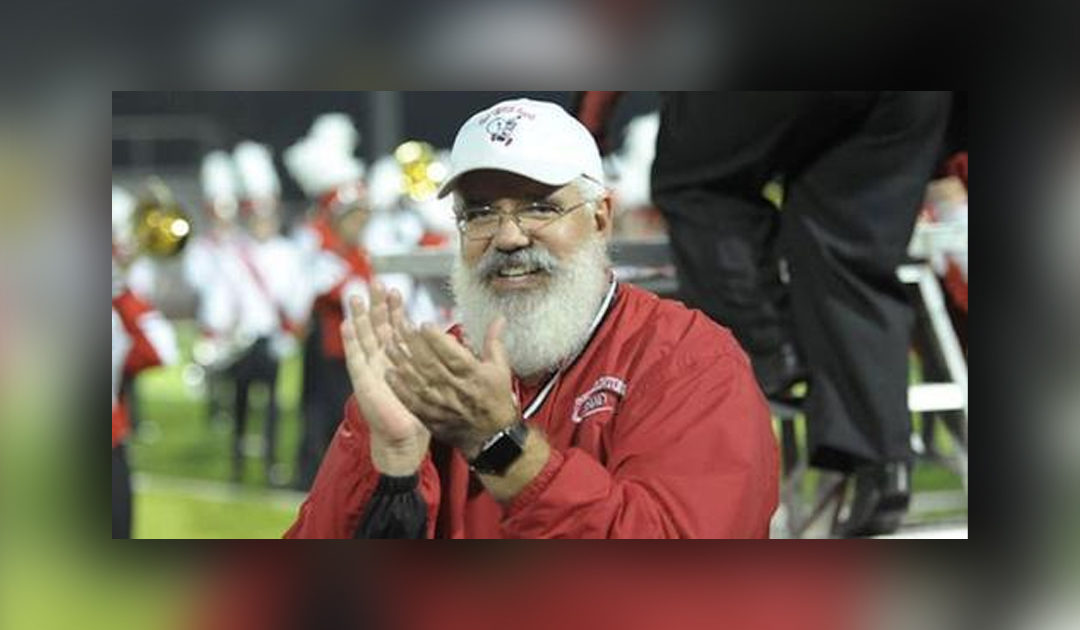 The director of bands for Ohio’s Port Clinton City School District has been in the business for 34 years, with his illustrious tenure coming to an end May of 2022, when he plans to retire. He’s also a John Philip Sousa impersonator and expert, as well as a “real beard Santa,” working at events all over, and even virtually with kids during the pandemic.

While Miller has no shortage of interests to keep him busy in the stage of life, he’ll miss the things he loves about his career, including student travel. For his many travels around the country, he’s stuck with Super Holiday Tours, treasuring the family dynamic and personal touches the company provides.

Despite retiring, Miller already has big plans for the future, including guest conducting for the Toledo Symphony’s first ever Sousa concert in May 2022. In the meantime, we talked with Miller about his long and rewarding career.

What do you love about student travel?

I think first and foremost, there’s an esprit de corps that you have when you travel. You’re all working for a common goal, working to represent both themselves and their band or choir or whatever it is. It’s setting goals and expectations for musical quality and marching quality, because what I tell bands all the time is, “When we go to Disney or wherever, the band this year is really auditioning for the next group that comes here. Because they’ll take notes on those things.” Disney will say, “Hey, they were easy to work with, they turned in things on time. They looked great. They were professional backstage.” So you instill that into your group, that this is your legacy. You are setting something for the future in this program.

And how else do you think it helps the kids?

So I think it provides an opportunity for kids that aren’t able to do things, and we’ve been very fortunate in our community to have a lot of people donate money to help some of our students with more financial hardships, that may not able to afford a trip.

I always tell kids, you’re creating memories that you will never, ever forget. Never. You’re gonna be 80 years old and you’ll remember that trip to Florida.

Ultimately, you need to find someone you’re comfortable with. The vendors that I have used —for instrument repair, buying instruments or traveling — whatever it is, when they quit being a vendor and you become friends, it makes everything so much better.

So you consider SHT friends?

I’ll give you a perfect example. Two weeks ago, we were having a home playoff football game. And we didn’t know when my last home football game was going to be because our football team is really good this year and they’re in the playoffs. So, I’m sitting there in front of my band, and all of a sudden somebody is walking up to me with their phone, videotaping me. I’m like, “What the heck?” Then I realized, it’s Bryan Cole from Super Holiday Tour. He flew up from Orlando, just to see me in my band for what could be my last home football game after 34 years of doing this.

It shows that I’m not just a means to them making a living. They really do care about us as individuals and people.

Do you have any trips that really stand out in your time with Super Holiday?

When they used to have the nighttime parade at Disney and they would have a couple of high school bands in that, that was a definite highlight, being able to march in those parades at nighttime.

When we did the St. Patrick’s Day parade in Chicago, that was a tremendous performance and they know how to do it. They understand that you don’t have to have an eight-mile parade to make it great. They’ll shove half a million people within about three quarters of a mile. Then the kids don’t get all worn out, and they’re just inundated with fans along the parade route.

Any advice to music directors looking to have the travel experiences you’ve had?

My advice to people is keep filming and recording your bands at all different phases, because you never know when an opportunity comes up to do something and they say, “Hey, we need three minutes of this or we need five minutes of this.” And then a lot of directors say, we can’t apply for that, we don’t have that! Keep filming your band all the time. Film them onstage. Film them on a parade route. Film them at halftime shows.

Looking back on your career, how do you feel?

I’ve had a lot of people ask me, “How do you want to be remembered?” And I want people to know that I cared about my kids and about our families and our schools and communities. I think when you do that, great things happen. You know, there’s a saying out there that people don’t care how much you know, until they know how much you care. And I tell young directors all the time, “Don’t teach the subject. Teach the kids.” When you do that, the subject will fill itself in.