Busch Gardens Tampa Bay opened March 31,1959 and has an African theme with animal attractions throughout. The Park was named after Adolphus Busch and gardens he developed near his home in Pasadena, California, which were open to the public from 1906 to 1937.

The theme park is one of America’s largest zoological institutions, with 335 acres and over 2,700 animals. Visitors can get up close and personal with animals during safaris and encounters and can even become a “zookeeper for a day!” Busch Gardens has 27 attractions, inclusive of thrilling roller coasters and water rides. In addition, the park features shows and entertainment, including a Sesame Street show—”Let’s Play Together”—and an impressive acrobatic show—”Cirque Electric.” 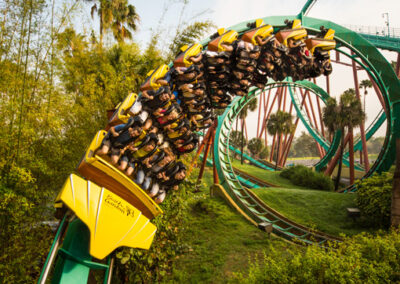 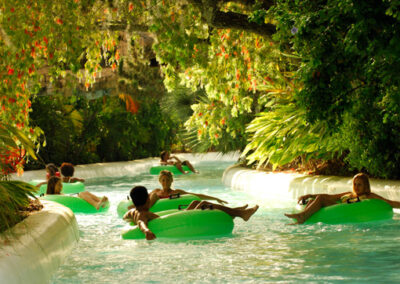