Six Flags includes 27 theme parks across the United States, Canada and Mexico. Six Flags owns more theme parks and waterparks combined than any other amusement park company, and the parks themselves have the seventh-highest attendance in the world. In 2019 alone, the 27 Six Flags locations hosted 32.8 million guests.

Headquartered and founded in Arlington, Texas, Six Flags gets its name from the flags of the six different nations that have governed Texas throughout history, including Spain, France, Mexico, the Republic of Texas, the United States and the Confederate States of America. Each Park features exciting rides and attractions.

Various Six Flags roller coaster rides are regularly recognized as the best by USA Today readers and many have been named in the list of Top Ten Best Roller Coasters. With its world-class coasters, family rides for all ages, up-close animal encounters and thrilling water parks, Six Flags has been entertaining visitors for over 50 years! 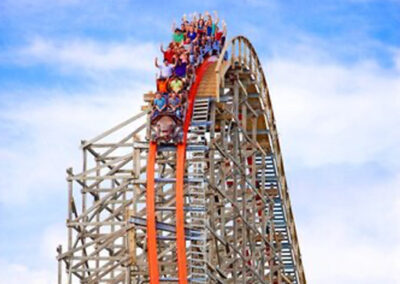 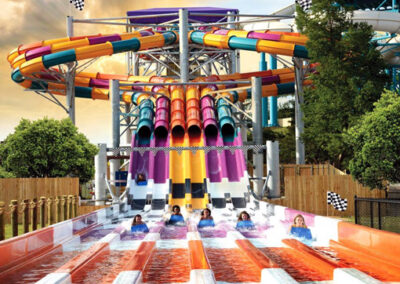