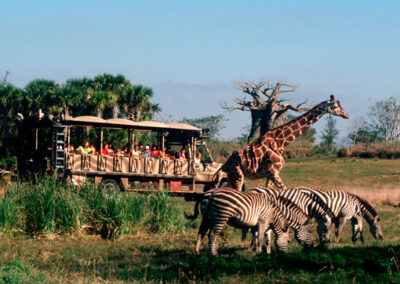 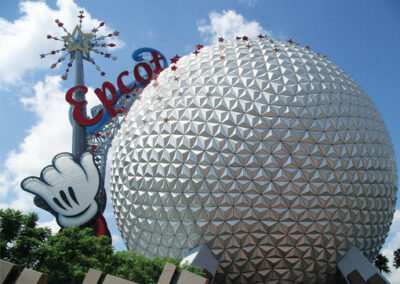 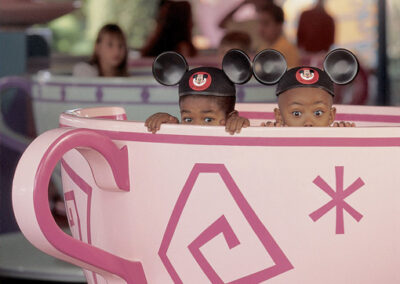 Magic Kingdom Park was opened on October 1, 1971, as the first of four theme parks at the Walt Disney World Resort. The centerpiece of the park is represented by Cinderella Castle, and surrounded by six unique ‘lands’ – Main Street, U.S.A., Adventureland, Frontierland, Liberty Square, Fantasyland, and Tomorrowland.

Magic Kingdom Park offers 41 attractions, including Big Thunder Mountain Railroad, Pirates of the Caribbean, Space Mountain, and the Haunted Mansion. 37 restaurants can be found spread across the park, as well as 6 live entertainment showcases, including its nighttime spectacular, Happily Ever After fireworks show.

Opened on October 1, 1982, EPCOT was inspired by an unrealized concept developed by Walt Disney as an ‘experimental prototype community of tomorrow’. Spanning 305 acres, EPCOT is more than twice the size of Magic Kingdom Park, and is represented by Spaceship Earth, the geodesic sphere located at the entrance of the park.

Opened on May 1, 1989, Disney’s Hollywood Studios opened as the third theme park in the Walt Disney World Resort. Across 135 acres, the park is dedicated to the imagined worlds from film, television, music, and theatre, drawing inspiration from the Golden Age of Hollywood.

Disney’s Hollywood Studios features 7 lands inspired by fantasized iterations of either existing locations found in Hollywood and Los Angeles, or imagined worlds from Hollywood stories. Star Wars: Galaxy’s Edge and Toy Story Land are the newest, and most popular at the park, opening in 2019 and 2018, respectively.

In 2019, Disney’s Hollywood Studios welcomed 11.4 million guests to the park, ranking it as the 9th most visited theme park in the world.

The fourth and most theme park to open at Walt Disney World Resort, Disney’s Animal Kingdom Theme Park opened on Earth Day, April 22, 1998. The park is dedicated and themed entirely around the natural environment and animal conservation, a philosophy once pioneered by Walt Disney himself.

With an offering of 46 different attractions, Disney’s Animal Kingdom Theme Park was specially designed so as to protect the hundreds of species of live animals that call the park home. The park utilizes biodegradable paper straws, and prohibits the use of plastic straws, lids, and balloons. 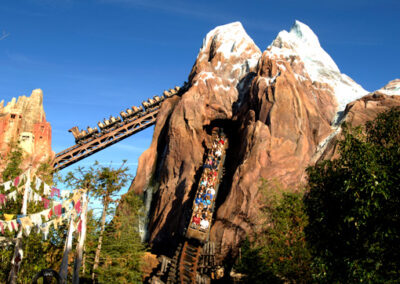 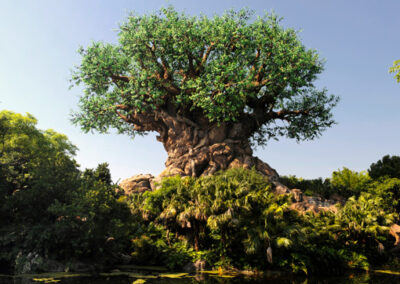 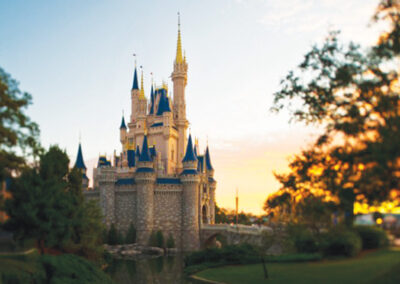